A Day in Trieste

The world sees Italy as a homogenous country, united from north to south by a common language and culture, but this relatively new nation was united only in the late 1800's from a patchwork of former kingdoms and territories grouped - sometimes reluctantly - under a single flag but with vastly diverse histories and traditions. This is especially true in the case of the Italian islands, where millennia of geographic isolation has created local cultures much different from mainland Italy, and on the northern Alpine borders, where many regions were part of the neighboring empires until very recently. 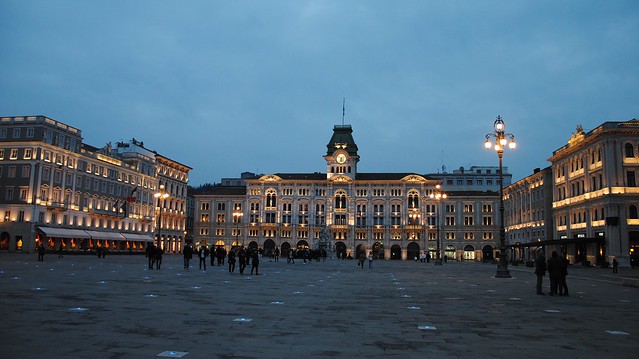 The elegant city of Trieste is an excellent example of Italy's fascinating diversity. Located on the border between Italy and Slovenia on the Adriatic coast, this wealthy city has seen at least a dozen waves of invaders and rulers since the Romans. Most recently, Italy was granted the city after World War I and annexed the area from the former Austro-Hungarian empire. Though Trieste remained an intellectual hub and center for important literary and artistic movements, the rise of Fascism and campaign to transform this formerly heterogeneous city into a “città italianissima” led to attacks on and subsequent emigrations of the city's large ethnically Slovene population in addition to its Jewish population, which was the third largest in Italy. 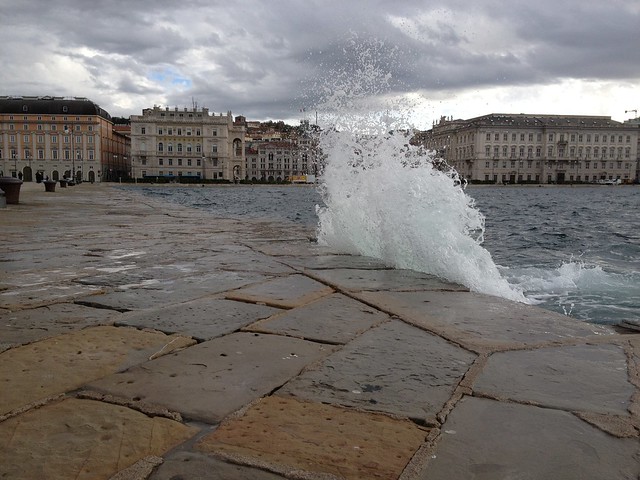 During World War II, the elective emigration of Slovenes and Jews became forced deportation, and this tragic chapter in Italy's history includes the construction of the only concentration camp with a crematorium on Italian soil on the outskirts of Trieste. Under German occupation, thousands of Slavs, Jews, and Italian anti-Fascist protesters were imprisoned and died at the “Risiera di San Sabba” camp. The intense activity of Yugoslav partisans and Italian anti-Fascists in Trieste paired with the advancing Allied troops led to the German surrender of the city in 1945, and, after almost a decade of Allied military government, the territory of Trieste was divided between Italy and the former Yugoslavia in 1954. 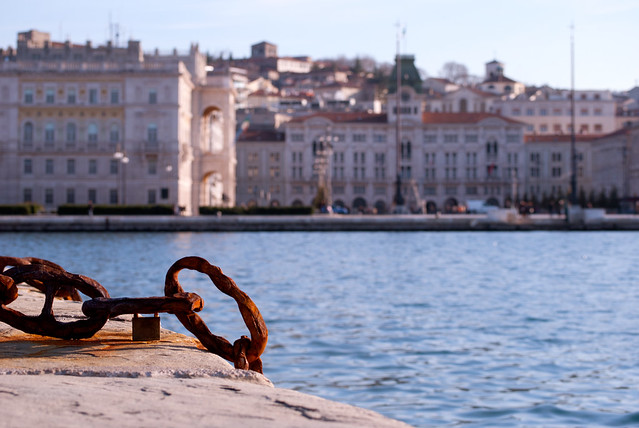 Once one of the most important economic and commercial cities in Europe, Trieste continues to be a vibrant and cosmopolitan despite a decline in wealth and population since its pre-World War I heyday. After half a century as an Italian city, the mix of languages and cultures - including Slavic, Serbian, and Friulian - still thrives, and almost a third of the population does not consider themselves ethnically Italian. This diversity is, itself, deeply Italian, and Trieste is one of Italy's most fascinating and captivating cities to explore. 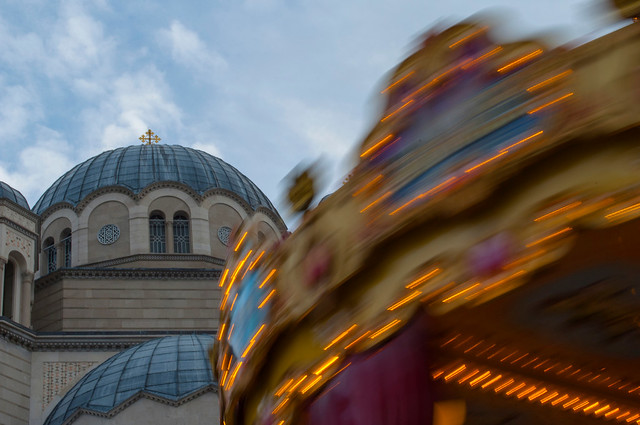 Walking through downtown Trieste, you can't help but notice the influence of thousands of years of successive conquerors, as Roman ruins like the Arch of Riccardo* *sit side-by-side with elegant Viennese palazzi, and the Catholic San Giusto, Serbian Orthodox San Spiridione, and the Jewish synagogue -the second largest in Europe - all lie within a kilometer radius. 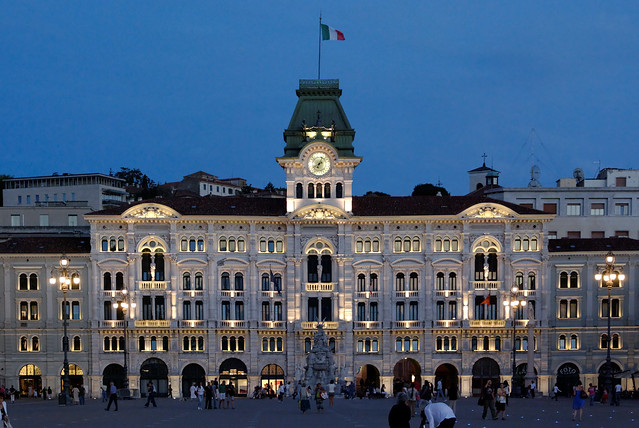 Though an easy day trip from Venice, Trieste is not on most travelers' itineraries, so the city caters to locals much more than to tourism. As one of the most important ports for coffee imports in Europe, Trieste has a historic coffee culture and the center is crowded with bustling cafés. You can spend your time simply strolling in the elegant Piazza dell'Unità d'Italia (Piazza Grande) facing the sea or the Borgo Teresiano neighborhood with its Canal Grande, stopping to browse the shops or unwind in a coffee shop, and feel like you have experienced the real Trieste.

Miramare Castle
Trieste's most famous landmark is actually slightly outside the city. The Castello di Miramare is 7 km from the center of Trieste, and was built by the Archduke Maximilian in the mid-19th century while commander-in-chief of Austria's imperial navy. The castle interior is an interesting look at the architectural trends of the time, and the exterior is surrounded by a vast garden planted with rare and exotic flora. 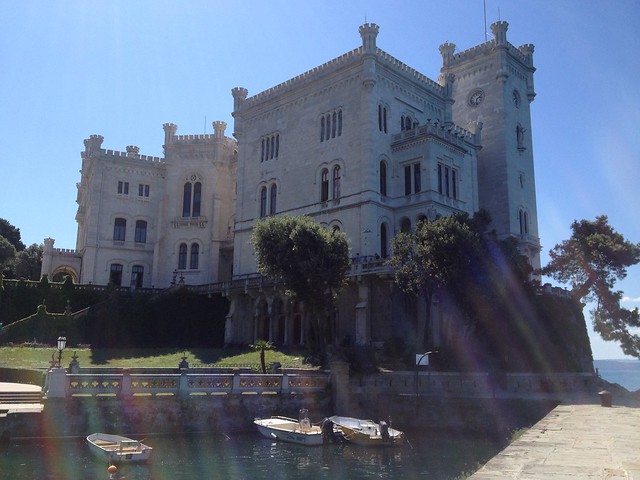 Risiera di San Sabba
Another monument that is worth the trip outside the city center is this former rice-husking plant which was used as a concentration camp during World War II. Declared a national monument in the 1960's, the Risiera commemorates the thousands of Slovenians, Jews,a nd Italians who were imprisoned and died here between 1943 and 1945. Much of the camp was destroyed by the retreating German forces, but the outlines of the original buildings have been preserved, and the collection of prisoners' personal effects is deeply moving. 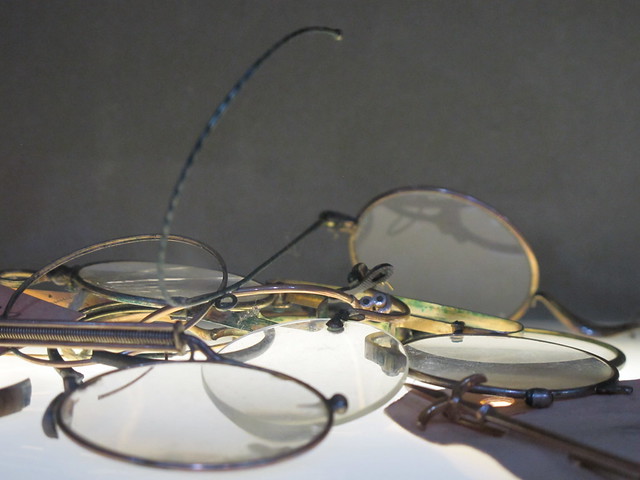 Museo Revoltella
If you feel duty-bound to stop in a museum, you can skip the Joyce Museum (which is primarily dedicated to the Italian author Italo Svevo, with little more than a passing mention of the Irish writer's haunts during his decade-long residency in the city) and instead visit the Museo Revoltella, which houses an interesting collection of 19th- and 20th-century works by artists from Trieste.

The Cavana neighborhood in the city center is known for its antique and vintage shops, leather artisans, and bookstores. Trieste is a city influenced by the Deco and Art Nouveau movements, so you can often find unique pieces of period home decor or accessories here. 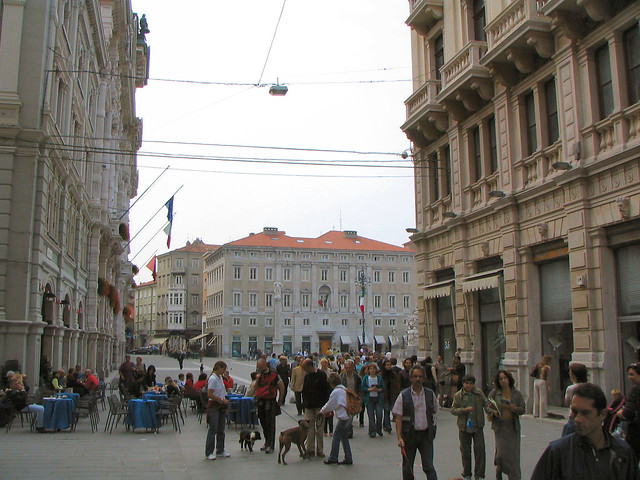 In the elegant area around the Via del Teatro, where a smaller scale copy of the Scala in Milan dedicated to the composer Verdi is located, and Piazza della Borsa, home to Trieste's stock exchange, there are designer stores and boutiques selling some of the most famous Italian fashion labels for men and women.

Trieste has a deeply-rooted coffee shop culture, and there are a number of historic cafés which are worth a stop for a cappuccino and krapfen. Caffè degli Specchi in Piazza Unità d'Italia is the oldest in the city, dating from 1839, and was a favorite haunt of Joyce, Kafka, and Italo Svevo, all of whom also favored Caffè San Marco on Via Battisti, which opened in 1914.

For a traditional meal, Buffet Da Pepi has been serving decidedly non- “Italian” specialties since 1897. This informal deli features jota soups, and pork dishes like “rebechin di luganighe”, “porzina”, and “cotechin” with homemade sauerkrauts, mustards, and horseradish...all washed down with the hearty local Terrano wine.

If you prefer a more elegant repast, the fish and seafood at Al Bagatto is considered among the best in the city. This family-run restaurant near the waterfront has been open since 1966 and offers both tasting menus and a la carte antipasto, first, and second courses along with a vast wine list of over 350 labels.