One the night of May 6th, a fire due to a short circuit broke out in Rome Fiumcino's international terminal, gutting a shopping area in Terminal 3 and causing dozens of flights to be cancelled or delayed, and of course travel complications for thousands of passengers. Considering that even more people are flying through Fiumicino (Leonardo da Vinci) airport this year than in past years (up 8% over last year), there is a fair amount of misery in store before and/or after your Italian vacation if you are flying through Rome. 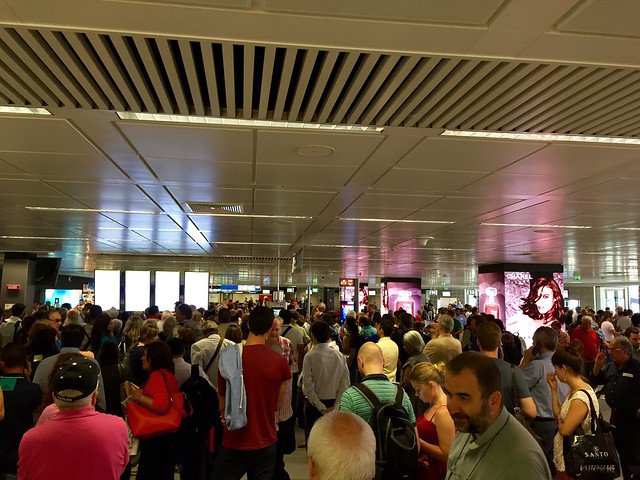 More than a month after the fire, the terminal is still not fully functional and travelers can expect some delays and inconvenience. Here's what we found after flying through Fiumicino last week: